Amazon Elastic Transcoder converts media files (audio and video) from one format to another. The service is robust, scalable, cost-effective, and easy to use. You simply create a processing pipeline (pointing to a pair of S3 buckets for input and output in the process), and then create transcoding jobs. Each job reads a specific file from the input bucket, transcodes it to the desired format(s) as specified in the job, and then writes the output to the output bucket. You pay for only what you transcode, with price points for Standard Definition (SD) video, High Definition (HD) video, and audio. We launched the service with support for an initial set of transcoding presets (combinations of output formats and relevant settings). Over time, in response to customer demand and changes in encoding technologies, we have added additional presets and formats. For example, we added support for the VP9 Codec earlier this year.

Support for MPEG-DASH
Today we are adding support for transcoding to the MPEG-DASH format. This International Standard format supports high-quality audio and video streaming from HTTP servers, and has the ability to adapt to changes in available network throughput using a technique known as adaptive streaming. It was designed to work well across multiple platforms and at multiple bitrates, simplifying the transcoding process and sidestepping the need to create output in multiple formats.

During the MPEG-DASH transcoding process, the content is transcoded into segmented outputs at the different bitrates and a playlist is created that references these outputs. The client (most often a video player) downloads the playlist to initiate playback. Then it monitors the effective network bandwidth and latency, requests video segments as needed. If network conditions change during the playback process, the player will take action, upshifting or downshifting as needed.

You can serve up the transcoded content directly from S3 or you can use Amazon CloudFront to get the content even closer to your users. Either way, you need to create a CORS policy that looks like this:

If you are using CloudFront, you need to enable the OPTIONS method, and allow it to be cached:

You also need to add three headers to the whitelist for the distribution:

Transcoding With MPEG-DASH
To make use of the adaptive bitrate feature of MPEG-DASH, you create a single transcoding job and specify multiple outputs, each with a different preset. Here are your choices (4 for video and 1 for audio): 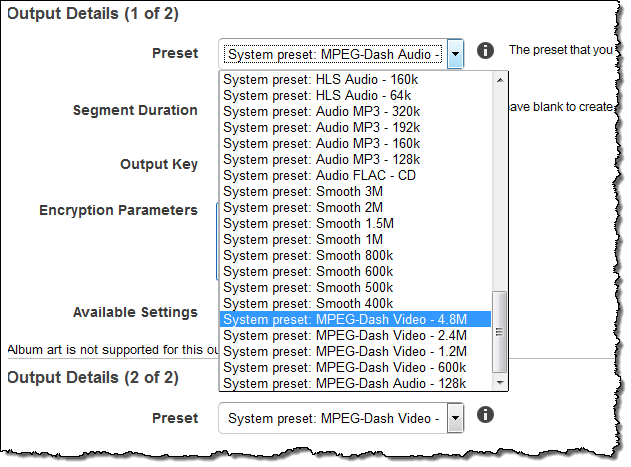 When you use this format, you also need to choose a suitable segment duration (in seconds). A shorter duration produces a larger number of smaller segments and allows the client to adapt to changes more quickly.

You can create a single playlist that contains all of the bitrates, or you can choose the bitrates that are most appropriate for your customers and your content. You can also create your own presets, using an existing one as a starting point: 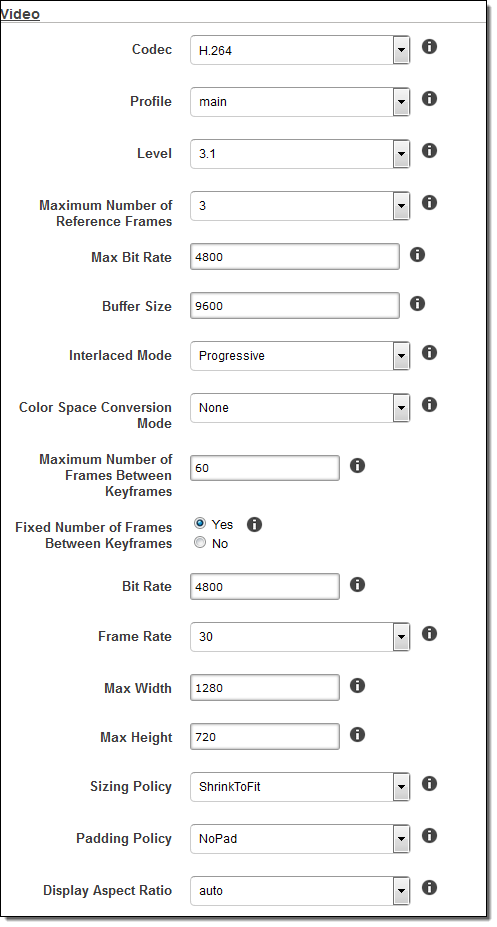 Previous: What is the internet of things and how are we all a part of it?
Next: Be a mobile internet pioneer: help us test out Opera Max 2.0